Close
PT-PT
Portugal
Magnify
AboutCareersOur ExpertiseOfficesContact
What I learned on the top of a mountain
by Scott Olav Allen | Gambit H+K Norway | Creative Director | May 1, 2019

On September 17, 2016, I was standing on the summit of Gaustatoppen, an iconic mountain in southern Norway, in the middle of the night, and I couldn’t see a thing. It had been cold and raining for a few days, and clouds obscured our vision. I was peering down the mountain, trying to see if I could make out any lights at the foot of the trail. We were hoping that 500 or maybe 1,000 people would show up. Then the clouds lifted, and I could see about 8,000 people forming a continuous light chain that stretched halfway up the mountain side, a truly awesome view that became the poster image for our campaign: The Enlightenment Trail.

This is the story about how we illuminated the greatest challenge facing our planet by inviting an entire country to hike in the dark and created the world’s first literal sustainability summit on the top of a mountain.

About three months earlier we were sitting in a white meeting room at the Norwegian Agency for Development Cooperation (Norad) offices in Oslo, ready to pitch our idea. Our previous campaigns had all been fully digital, including our award-winning The Born Again-Simulator. In that one, the simulator let people have their Facebook-profiles “reborn” as if they had been born and raised in a developing country – illustrating the many challenges and hardships faced by ordinary people. It had already won national and international praise, including the Diamond SABRE award, but this time we were going in a completely different direction.

Norad had challenged us to create a campaign that enlightened Norwegians about the UN Sustainable Development Goals (SDG) – it would not be easy. A national survey showed that only 35 percent of Norwegians knew that the goals even existed. At the same time, digital channels in Norway were full of campaigns and information about sustainability. The message wasn’t getting through to most people, and the like-button seemed too easy and too small for such an important undertaking. We decided that we were going to pitch an idea that would require people to get up from their sofas and make a real effort. An idea that would go against the pervasive trend of fully digital campaigns. This time we were going analogue, tracing our roots as Norwegians to find the common denominator that would get people to act together. 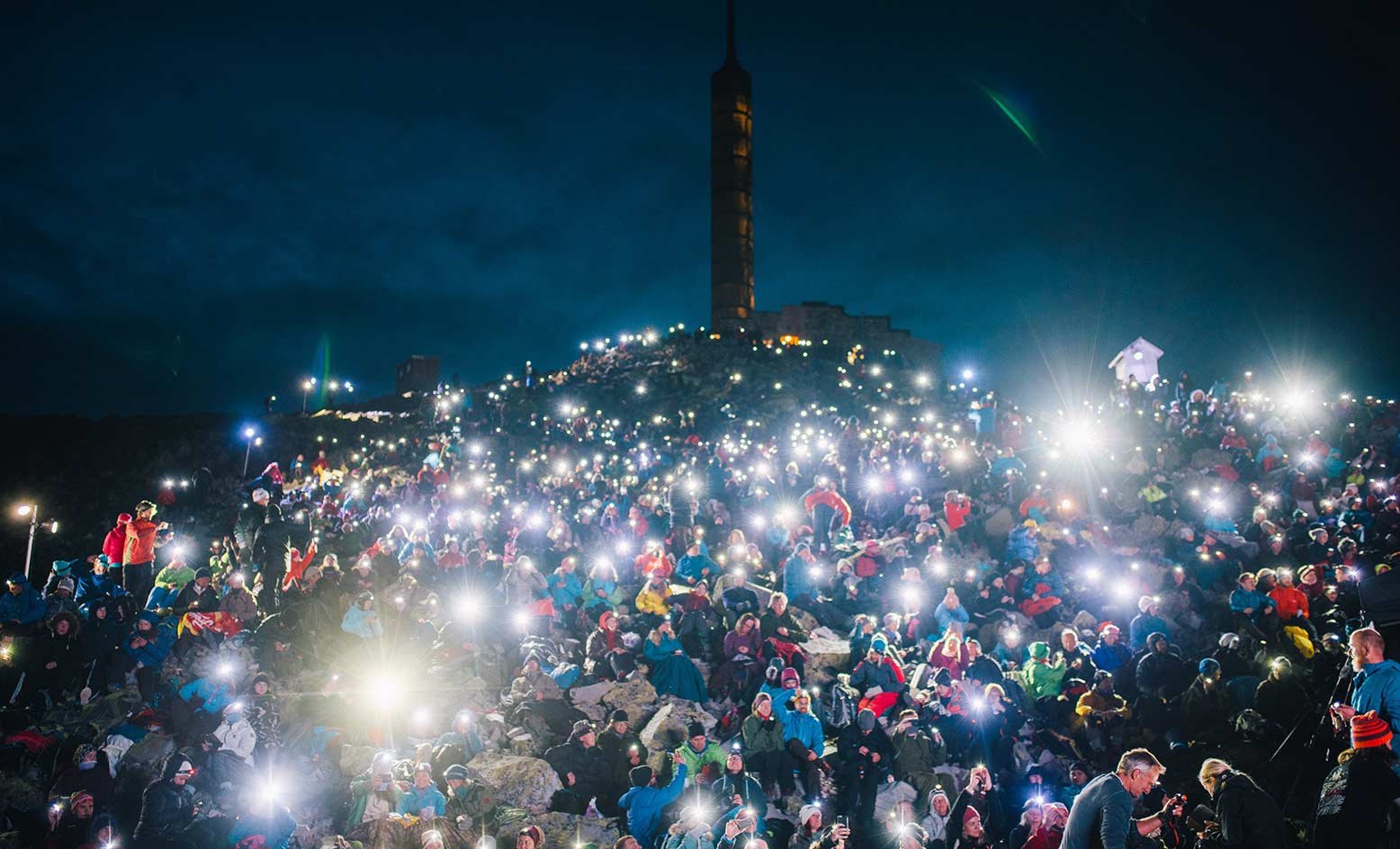 If you’re not familiar with Norway, you may not know that hiking is a central part of our national identity. In fact, it’s so important that the culture of hiking has its own word. We call it turkultur. As a people we are normally quite shy and reserved, but when we head out into the mountains, something changes. We become more friendly and inviting to the people around us. We greet one another, smile and help each other. Norwegians collaborate best when close to nature. Therefore, it seemed only natural that the things to unite us in our efforts reaching the UN’s goals was our love for nature and the spirit of cooperation and fellowship that lies in our turkultur.

With Norad we created the world’s first actual sustainability summits – hosted on the top of some of Norway’s most beautiful mountains. And to enlighten Norwegians about what it takes to reach the goals, we invited them to climb the mountains together at night. Hiking in the dark is almost impossible – if you are alone. But with a crowd of people we can rely on each other to light up the path so everyone can reach the top. By lighting up the path for one another, we sent a powerful message collaboration’s importance in reaching our sustainability goals.

A national, analogue campaign is practically unheard of in an age where everyone spends most of their time face down in their smartphones. And initially the client did have some reservations, fearing that the campaign would only succeed to engage the people who showed up to the event. We argued that the unique setting would make this an experience that people would love to share with their friends on social media. In the end, Norad trusted our insights and intuition, the deciding factor being our ability to combine the physical event with a big digital presence.

We created Facebook events and ad campaigns to spread the word, and, of course, the hikers shared their own stunning photos on social media. The view, the activities, the people, the music and the mesmerizing chain of lights that snaked its way up the mountains, were all shared on Instagram and Facebook by the event’s participants. By making every one of our hikers an ambassador and a media channel we were able to spread our message further and with more power than we could have done through paid media or press alone. 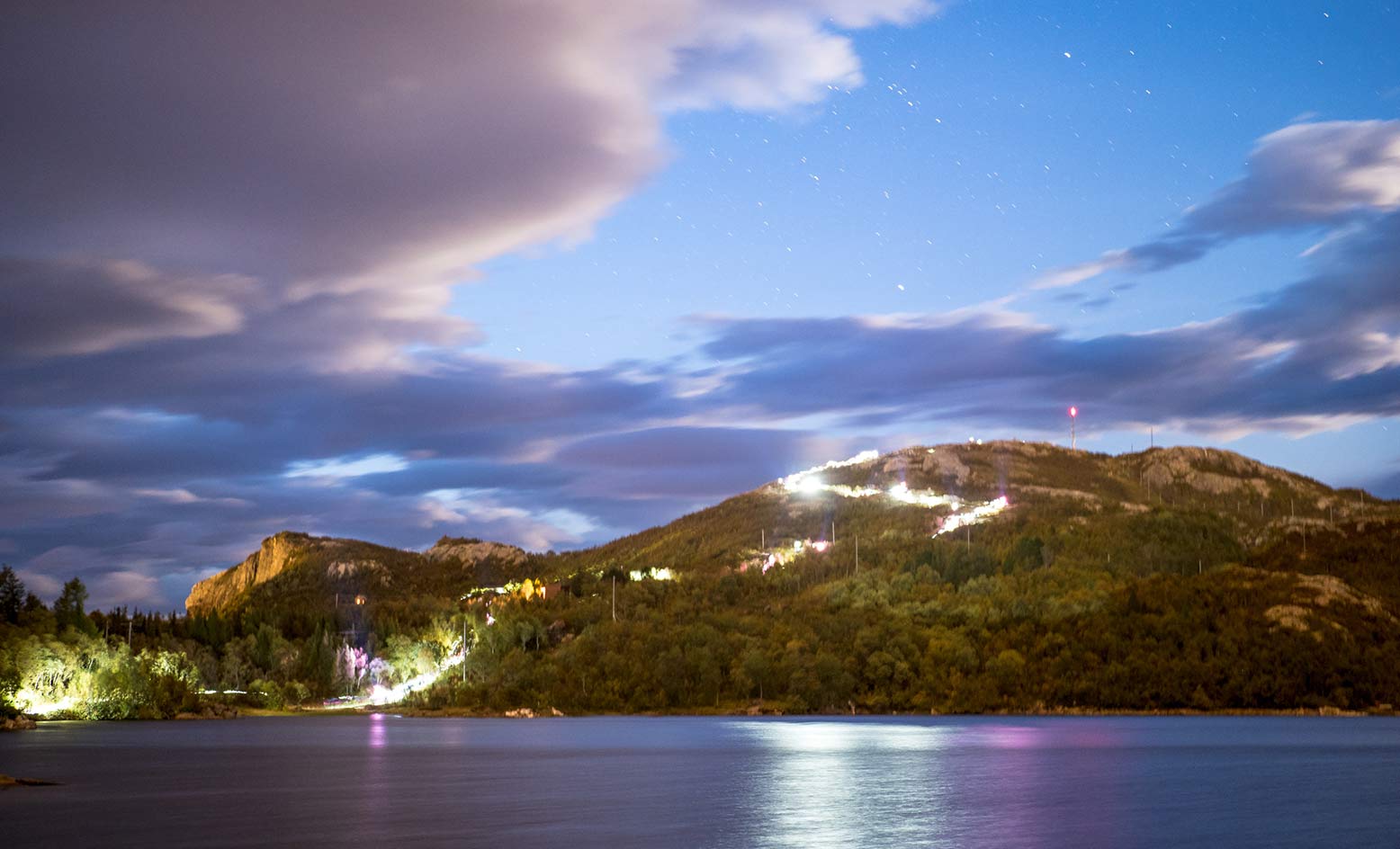 Overcoming the challenges of sustainability

Good ideas are cool and all, but when you’re trying to communicate the greatest challenges the modern world has ever faced, there are bigger things to consider. First and foremost, how do you invite thousands of people to a vulnerable natural area in a sustainable way? From transportation and littering to the use of electricity, we faced many challenges in planning the inaugural events. The truth: we did see people flying in from other parts of the country, use too much electricity, and spend many hours cleaning up trash left behind by the hikers.

But we also learned how to do it better. Today, we use low electricity LED-powered lighting powered by sustainable energy, and we host Enlightenment Trails all across the country, so people don’t have to travel long distances to participate. We still have to clean up after, but, by educating participants before and during the event, the littering has dropped significantly.

The Enlightenment Trails have, over the course of four years, inspired more than 50,000 Norwegians to walk in support of the sustainability goals. We are currently planning two new events for 2019. Videos from the events have been watched more than 11 million times on social media – that’s twice the population of Norway! Today, 52 percent of Norwegians know about the goals, a 17 percent increase.

When marketing a brand or product, creating easily sharable and engaging experiences is not the only measure for success: allowing people to form positive memories is one of the most powerful and efficient ways to connect them with one of our time’s most important issues. 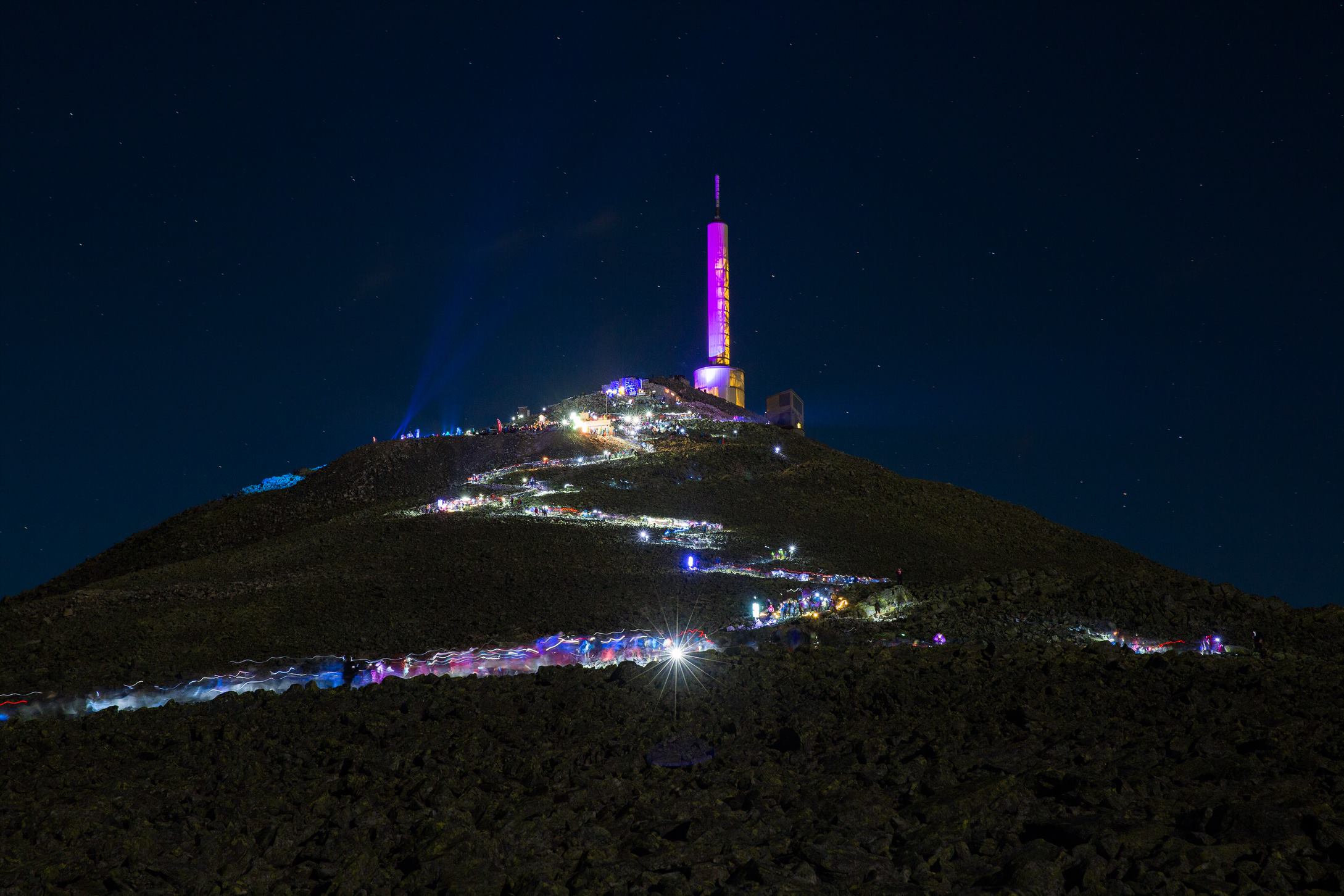