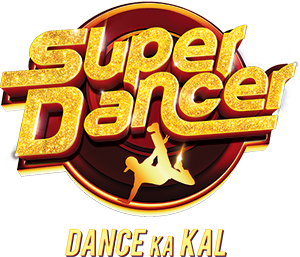 Sony Entertainment Television (SET) is a Hindi GEC channel that is synonymous with popular reality and fiction shows, which has a predominantly male appeal. SET asked us to help them move outside their comfort zone to launch Super Dancer, a dance talent show aimed at kids. In fact, this show would mark a comeback for SET as their first show aimed at children in two and a half years.

Not only did we need to put SET back on the kid’s programming map, but we needed to distinguish Super Dancer in a saturated category –  Indian TV had witnessed a number of dance reality shows in recent years, with many viewers and industry pundits believing the concept had reached saturation point.  The final consideration to take into account was that SET was venturing into a new timeslot for Super Dancer, going up against very popular and established fiction shows housed on other channels. The competition, as well as the stakes, were high.

After generating valuable insights into the audience’s tastes and wants, H+K decided on an approach that would focus on positioning the kids taking part as the real superstars of the show, showcasing talent from across India on a national platform. Our approach would also highlight the human element of the show, focusing on the heroic journeys undertaken by the contestants to appear on the show.

We divided our execution into three phases, with the strategic aim of making this national campaign feel relevant and inclusive at a very local level. During the first phase we looked to create buzz and build momentum around the show’s early audition phases. To achieve this we implemented multiplatform activity wherein we engaged with the judges and created bespoke activity via a multicity roadshow to generate coverage before each audition. The roadshow activity and angles were tailored to meet the interests of local media in each of the key audition cities (e.g. Kolkata, Delhi, Jaipur), and was extremely successful in driving turnout for the auditions and building hype and support around the potential talent in each city.

Our second phase focused on launching the Super Dancer TV show. To create blanket awareness for the show across media we held a high profile press conference attended by almost 100 of India’s top publications. To tease media and build anticipation of the show’s first episode, the press conference also gave attendees a sneak preview of some of the most talented and colourful contestants. Media interviews were arranged with the show’s judges, and each was given a distinct persona to further drive emotional relevancy: TV stars Shilpa Shetty (the mother), Anurag Basu (the lovable uncle) and Geeta Kapur (the maternal teacher).

The challenge during our final phase was to ensure the show maintained interest throughout its run, and built momentum ahead of its thrilling climax. As nationwide hero content, we created a fun and engaging video that showcased Shilpa Shetty teaching fellow judge Anurag Basu how to belly dance. This was hosted on YouTube and Shilpa’s Instagram account, garnering more than 221.7k organic views and also widely shared. We also used this video as an inclusion stunt specifically for media, to drive deeper engagement by encouraging them to share their own videos of their own little super dancers at home. The best video would be invited as a special guest to the finale show.

At a localised level, to drum up hype for each contestant and induce viewership in each of the cities where the participants hailed from, a series of homecoming activities were organised to celebrate their new found superstar status. Where possible, these homecomings were also timed to coincide with local holidays and festivals to capitalize on community activities, reach greater numbers, and enhance pickup with local media.

Ahead of the show’s finale, our activity went into overdrive with coverage driven through extended media activities leveraging the final five contestants, including exclusive contestant interviews with selected news channels, human interest stories, and direct online engagement with fans, and of course a large media push promoting the eventual winner.

H+K’s extensive programme for the launch of Super Dancer resulted in 567 pieces of media coverage, including more than 95 hours of quality broadcast media coverage and the success of our campaign can be seen most clearly through the success of Super Dancer, which fast became the No.1 non-fiction TV show in India. Against a backdrop where popular TV shows usually open with a Television Rating Point (TRP) of 1.1, Super Dancer opened with a TRP of 2.2 – demonstrating the success of the Phase 1 teaser campaign – and closed the finale episode at a whopping 4.1. Super Dancer not only claimed the leadership position in the non-fiction genre, but was also the most-watched non-fiction piece of television in India in 2016.