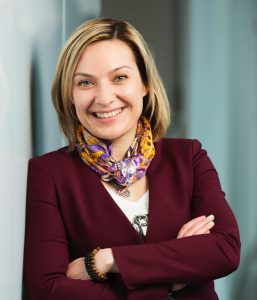 Like millions of other people around the world, we couldn’t help but notice the recent scandal around United Airlines. This week a video of a passenger being forcibly removed from one of the company’s planes went viral, damaging United’s reputation and crashing its share price. Natalia Koroleva, Corporate Communications Director at PBN H+K, commented to influential Russian industry website Sostav.ru about where United went wrong during and after the scandal and shared some tips on how to act during a crisis:

In today’s reality of social and digital media, comms are becoming much more personalised. Customers expect companies to be open, honest and focused and United Airlines’ mistake here was the dry, faceless and overly formal statement from the CEO. If you want to be effective after such an incident, don’t talk about having to “re-accommodate” passengers – apologise and show that you value your customers and are ready to openly discuss the problem.

There are several rules that can help minimise reputational damage in a crisis:

Always be ready to answer three main questions in a crisis:

Read the original article and comments from other experts on Sostav.ru (in Russian).