With its communication and stakeholders’ strategy for the Belgian media company Mediahuis, Hill+Knowlton Strategies Netherlands has won a Golden World Award in the financial services & investor relations category. For its communication strategy for car tyre recycling organisation RecyBEM, Hill+Knowlton won a Golden World Award in the crisis management category. These awards are given for work in communication and public relations that meets the highest standards in the professional field. The international prize is presented each year by the International Public Relations Association (IPRA), the worldwide organisation for communication professionals.

At the end of 2016, the Belgian media company Mediahuis, which was then relatively unknown in the Netherlands, was preparing itself for the acquisition of the listed Telegraaf Media Group (TMG), owner of the Netherlands’ largest daily newspaper, De Telegraaf. Confronted with a strong Dutch sentiment among Dutch media and stakeholders, Mediahuis – as a foreign party – was faced with an immense challenge. Together with Mediahuis, Hill+Knowlton Strategies developed a communication and stakeholders’ strategy to secure the support of opinion leaders, shareholders, politicians and staff for Mediahuis’ intentions regarding TMG. A significant element in this was to protect the reputations of all parties concerned. The personal approach to the shareholders created broad support for Mediahuis’ bid in 2017. This led to Mediahuis successfully becoming the full owner of TMG, resulting in a new future for the Netherlands’ largest daily newspaper.

In 2016, rubber crumb as a filler for artificial turf fields became a topic of national debate when the media suggested that there were health risks associated with exposure to the rubber grains. There were, however, no scientific grounds for this claim. With RecyBEM (the trade organisation responsible for collecting and reusing old car tyres) Hill+Knowlton Strategies developed a communication strategy to level out the debate. An important aspect to their approach was a media campaign in which all relevant stakeholders were personally given balanced information on this topic. The communication strategy and the crisis management by Hill+Knowlton Strategies ensured that the emotional discussion amongst athletes, politicians and in the media shifted from a one-sided presentation of opinions to an open and transparent discussion based on all facts, circumstances, points of view and insights.

“Precisely the fact that Hill+Knowlton has received an IPRA Golden World Award for these two projects underlines how we see our role as communication consultants in this day and age: we have been able to contribute to keeping a strong media company in our country and have fought the prevailing image by presenting the facts. We were there for our customers when it counted. I am proud of our team and this wonderful confirmation of our success”, says Jack de Vries, Board Director of Hill+Knowlton Strategies Netherlands.

In May of this year, Hill+Knowlton Strategies also won an EMEA SABRE Award with its communication strategy for RecyBEM in the Issue Management category. The SABRE Awards are presented annually for communication and public relations work that demonstrates the highest levels of strategy, creativity and business impact.

About the IPRA Golden World Awards

The annual IPRA Golden World Awards initiative has recognized exceptional communication and public relations practices worldwide since 1990. Winners of this distinction demonstrate that they meet the highest international communication standards. The IPRA Golden World Awards is presented by the International Public Relations Association (IPRA), the worldwide sector organisation for communication and public relations professionals. The 2018 Award ceremony will take place on 19 October 2018 at the Gala in Barcelona. 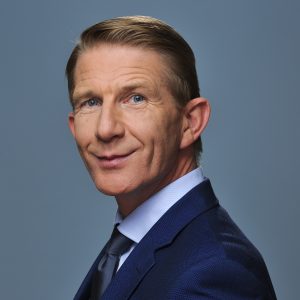