One of the joys of following CES Asia each year is trying to predict future trends. Whilst the robots, VR devices and electric skateboards are again out in force this year, one central them is clear this year – connectivity.

Speaking to exhibitors on the floor, there’s widespread consensus that rollout of 5G over the next few years will bring huge opportunities for tech companies and governments. 5G is the term used to describe the next-generation of mobile networks after 4G – the latter debuted in 2012 and eclipsed 3G, whose roots date back to the early 1980s. Experts predict that 5G will feature network speeds that are extraordinarily fast with practically no “latency,” which refers to the time it takes for a signal (i.e., the human voice in a wireless call) to reach the recipient. With 5G, latency is reduced to mere milliseconds.

The Chinese government has made 5G a key strategic priority, and will soon be running trials in a number of cities, including Shanghai, Hangzhou and Guangzhou. 5G is also a priority for governments in Japan and South Korea, and it additionally expected to be widely available across East Asia by 2020.

Once fully deployed, cities will be able to handle data and traffic at higher speeds, with greater capacity and lower latency and at exponentially higher volumes than currently possible with 4G. This will enable governments and private companies to work together to connect currently disparate services – and finally make the smart city dream a reality.

It’s often thought that smart cities are about building fully developed metropolises from the ground up. But in reality, smart cities are less about building and more about connecting. The rollout of 5G (combined with, hopefully, effective governance) will allow a large number of bodies to share data effectively, while also creating a living environment that is safer, more energy efficient and far easier for citizens to navigate. Buoyed by 5G, smart cities will also be better positioned to harness these efficiencies without compromising on cybersecurity.

Along the way, there will be huge commercial opportunities for the tech sector. At the most obvious level, key beneficiaries will include manufacturers of hardware, such as CCTV cameras or traffic equipment. Yet, there are also softer, less direct opportunities: For smart cities to be truly effective, user-friendly options for everyone — including those who may be less tech-savvy – will also be needed. By creating usable apps that account for the needs of local populations, the tech sector can play a vital role in ensuring that these citizens are also equipped to make best use of newly deployed technologies.

Whilst smart cities are an exciting concept anywhere, they are particularly thrilling in Asia, which has long benefitted from modern infrastructure – so no need to rebuild or retrofit to accommodate advanced technologies like 5G. Additionally, as a highly-urbanized region there are huge incentives for companies and governments to work together to find more efficient ways to deliver services in urban environments.

With more than half of the world’s populations living in metropolitan areas, the exciting and fast-evolving story of the smart city is truly one to watch. 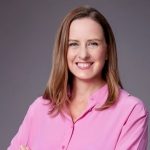